In 2020, by application terms, bioremediation practices usage is highest in water bodies 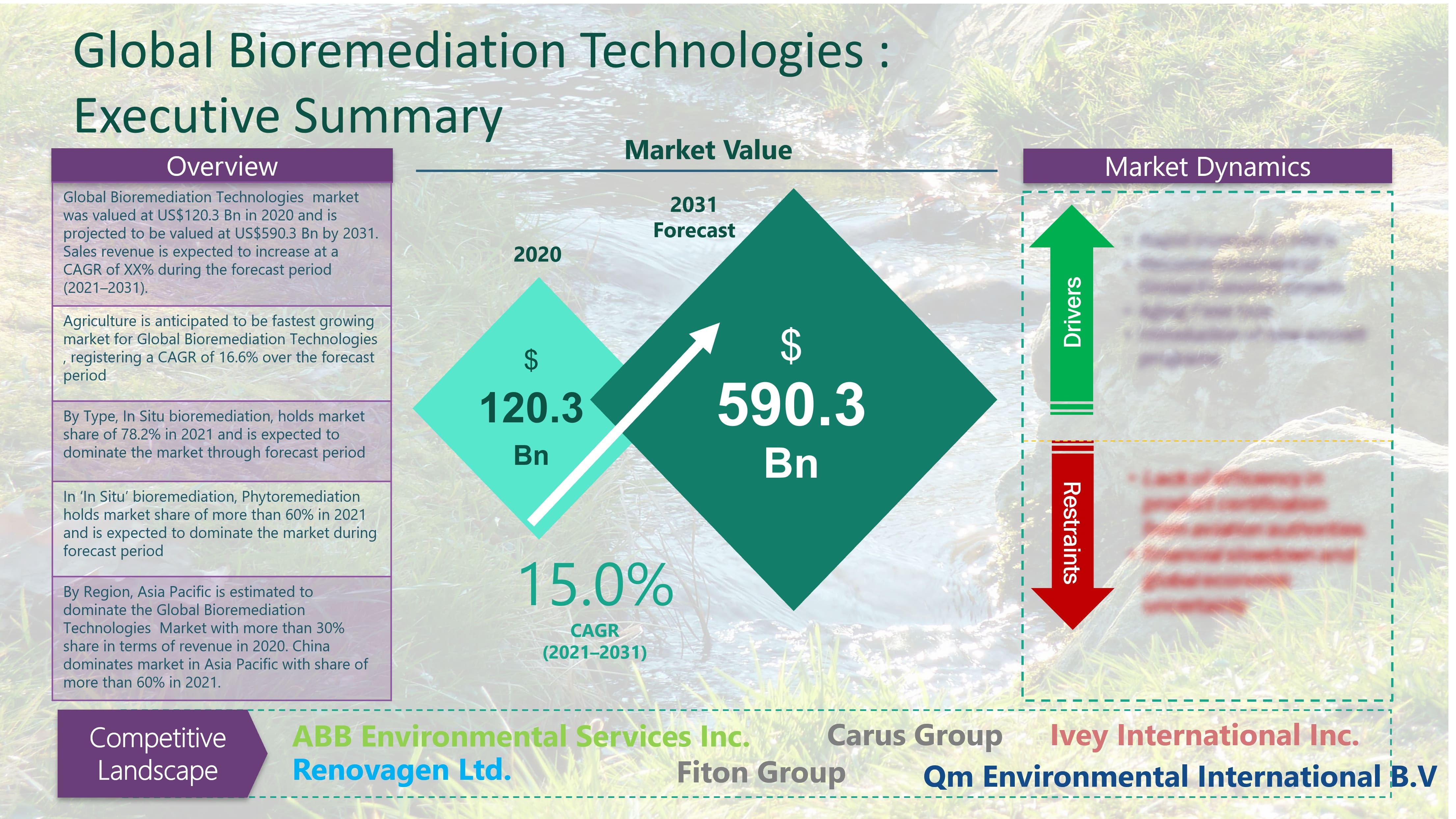 Rising incidences of oil spills and oil leakages worldwide also create high growth opportunities for the global bioremediation market. A bioremediation process can prevent oil from moving into standing onshore or sensitive environments, reducing, or eliminating damage to crucial marine life, coastal habitats, or coastal facilities. Microorganisms such as pseudomonads, mycobacteria, corynebacterial, and some yeasts are known to act as nontoxic bio emulsifiers, reducing petroleum and oil slick pollution through biodegradation of hydrocarbons. According to the findings, the Asia-Pacific region holds the largest market share in bioremediation due to rising environmental concerns and new government laws regarding the treatment of groundwater and soil contamination in developing countries in the Asia-Pacific region.

Agricultural production has been shifting toward industrial production, which causes a significant change in environmental quality as nations develop. Interactions of specialization, technological change and trade are the main reasons for this industrialization. Efficient communications, educated labor forces, and good transport help fuel the rapid development of industries, but this growing industrialization also creates a rise in the construction of roads and concrete buildings, resulting in soil pollution. The existence of man-made waste is the leading cause of soil contamination. Waste products consist of many toxic chemicals that are not initially found in nature.

By Region, Asia Pacific is Holding the Major Market Share

In recent years, an increase in industrial activities such as manufacturing, and mining has been the leading cause of soil pollution. Most industries rely on extracting metals from the earth. The by-products of coal or iron ore are contaminated. They are not disposed of safely or adequately, so the waste remains on the soil surface for a more extended period, resulting in soil pollution. An increase in accidental oil leaks during chemical transport is another cause of soil pollution. Other activities such as municipal and industrial runoffs and onshore and offshore petroleum industry activities result in petroleum hydrocarbon pollution. The release of hydrocarbon pollutants through leakage and spills from underground tanks and abandoned oil refinery areas and the unplugging of oil wells cause groundwater, surface soil, and ocean contamination. Many methods, including biological and physicochemical treatment, have been developed to control oil contamination. Bioremediation offers the most eco-friendly and cost-effective measurements for petroleum-contaminated water and soil remediation.

The global Bioremediation Technologies market has been segmented into: