North America is estimated to be the leading region in the depression drugs market across the globe.

According to World Health Organization, in 2018, nearly 300 million people of all age groups suffered from mental disorders across the globe. Moreover, according to the National Institute of Mental Health, in 2017, nearly 18 million adults had suffered major depression issues in the U.S country. These increasing issues have driven the market over the last few years. Based on drug type, the market is segmented into antidepressants, serotonin-norepinephrine, reuptake inhibitors, serotonin modulators, tricyclic and tetracyclic antidepressants, atypical, antipsychotics, and others. The atypical antidepressants have dominated the market in the last two years and this trend is expected to dominate the market during the forecast period due to the increasing cases of depression and the launch of new drugs products on the global market. 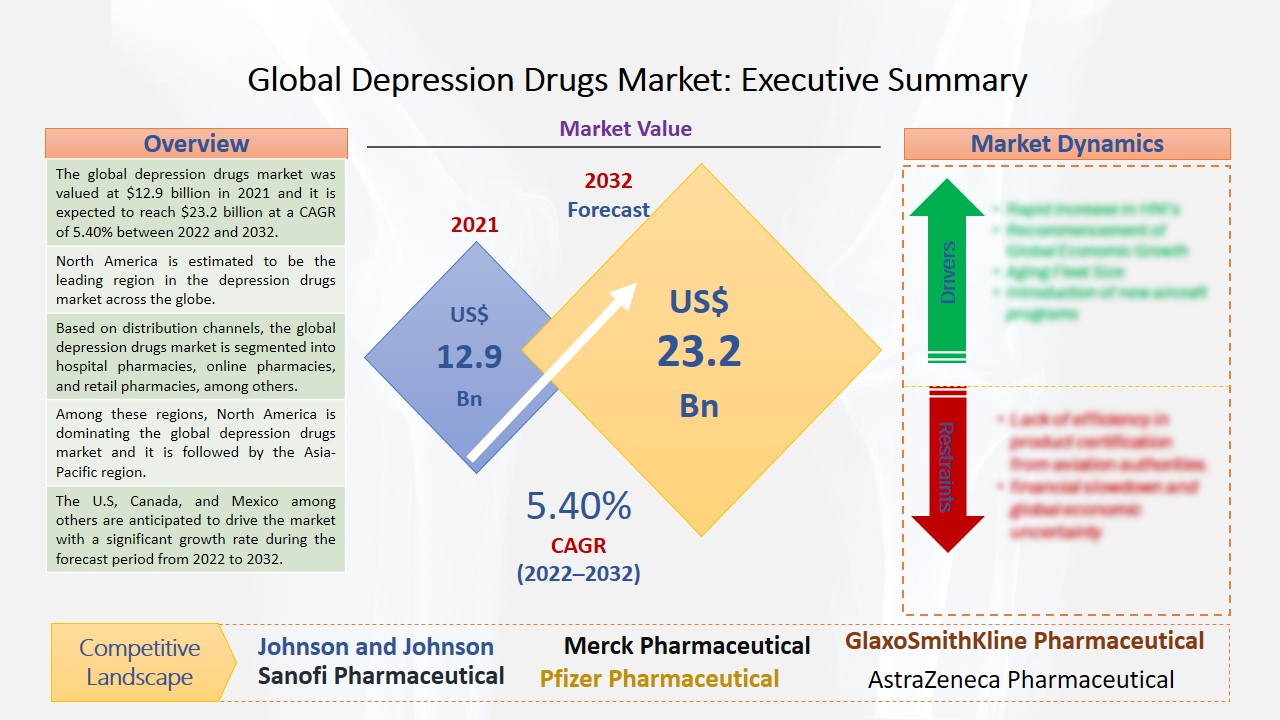 Based on distribution channels, the global depression drugs market is segmented into hospital pharmacies, online pharmacies, and retail pharmacies, among others. Among these, the retail pharmacies segment has dominated the market in the last two years and the trend is expected to continue during the forecast period. Based on the regions, the market is categorized into Europe, North America, Asia-Pacific, Latin America, and Africa. Among these regions, North America is dominating the global depression drugs market and it is followed by the Asia-Pacific region. The introduction of the new drug-based product to prevent various types of depression and the prevalence of mental illness in various developed countries such as the U.S, Canada, and Mexico among others are anticipated to drive the market with a significant growth rate during the forecast period from 2022 to 2032.

The Global Depression Drugs Market Has Been Segmented Into: